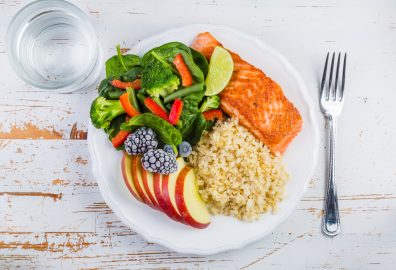 Cooking fish at home may seem like a daunting task. But in truth, cooking with seafood can be a quick and enjoyable way to break the monotony of weeknight dinners. Searing is an easy and delicious way to cook fresh or frozen fish filets. Follow this simple recipe to cook salmon or another one of… Read more » 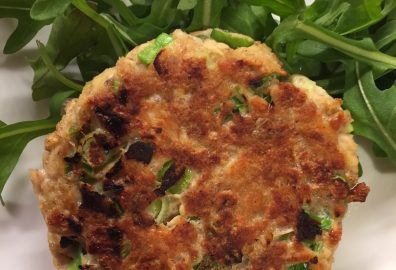 I grew up eating salmon patties made with canned salmon. We always had them with peas and mashed potatoes. Since moving my diet to the Med Way, I decided to resurrect a childhood favorite and give it a modern twist. Using canned salmon makes this dish an easy go to even when salmon is not… Read more » 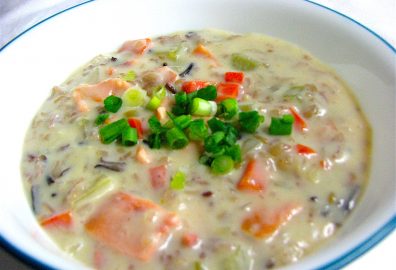 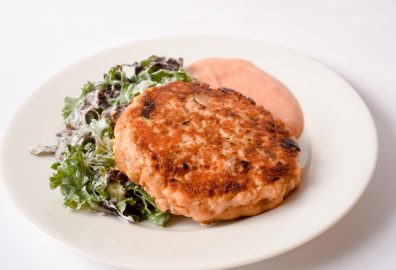 These burgers are super easy and can be made in just a few minutes. Have your fishmonger remove the skin from the salmon to make this even easier. You can serve this as a burger on a bun with Sriracha mayonnaise (½ Sriracha and ½ mayo), or you can serve it on a bed of… Read more » 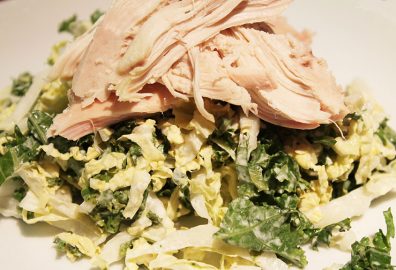 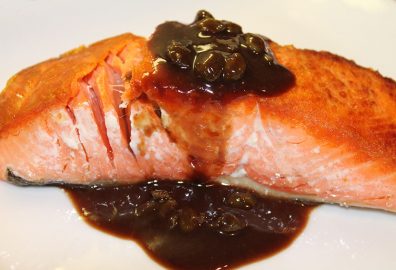 This salmon is simple and delicious. No capers? No problem. Use chopped green olives instead. Don’t be afraid to experiment. You can replace fresh rosemary with oregano, savory, tarragon, or thyme. Add more of the herbs you love to create a dish that is all your own. You can also sear the salmon and… Read more » 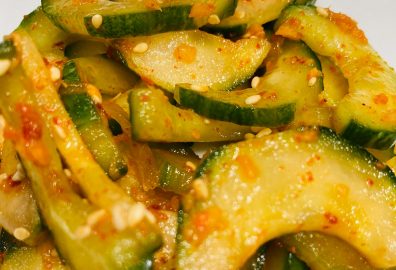 Kim Chi is a staple in the Korean diet. It is usually made with Napa Cabbage and is fermented. It takes several days to make. This recipe is not fermented so it is technically not Kim Chi. It is, however, delicious and is a great side dish with salmon or other fish. It is also… Read more » 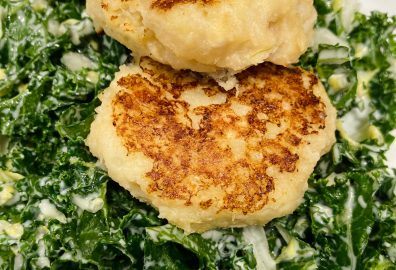 Cod is a flaky white fish that is available fresh or frozen in most grocery stores. The frozen cod works great for this dish. Just thaw in the refrigerator overnight. You could also substitute any white flaky fish instead of cod. This dish goes well with Cilantro and Cashew Sauce or Kale and Napa Cabbage. Serves:… Read more » 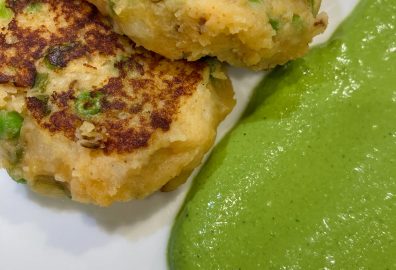 This sauce is from the Culinary Institute of America. Their recipes are usually complicated and in need of simplification and alteration of hard-to-find ingredients. Not this one. It is super simple and very delicious. Goes great with the Samosa-Inspired Potato Cakes, seared tuna, or salmon. You will need a blender for this recipe.  The beautiful… Read more » 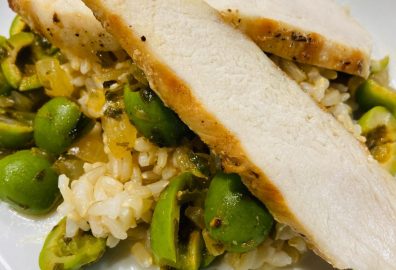 A versatile sauce that can be paired with not only chicken but salmon, snapper, or other white fish! Make it vegetarian by pairing the sauce with a grain. Serves: 8 Serving size: ½ cup rice, 4 oz chicken, sauce Prep time: 40 minutes Cook time: 5 – 10 minutes Total time: 45 – 50 minutes… Read more » 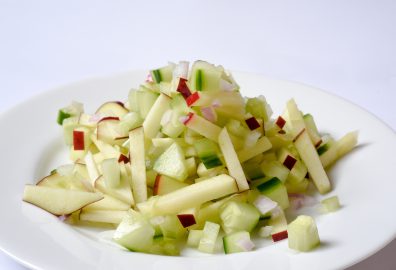 Eat primarily plant-based foods. Replace red meat with plant-based proteins, such as beans and legumes often. Eat seafood at least three times per week. Include fatty fish, such as mackerel and salmon. Avoid fried fish. Eat white-meat poultry, such as turkey and chicken, at least twice a week.